A Call For Discernment & Boldness
By Gary Kah

As I have been on the road during the last two months, doing talk shows and conferences, one question continually arises, "What do you think about our new president?" My response is always the same. I admonish people not to become complacent, but rather to keep their eyes wide open. While I am hoping for the best in George W., I believe the direction that he will take this nation will only become apparent over a period of time. Perhaps he truly made a commitment to Jesus Christ when he was in his early forties, as he claims. If so, we will soon recognize his "good fruits." But how many times have US Presidents convinced a naive American public of their "Christian" commitment and conservative values, only to take us down a different road.

One thing is for certain Bush faces enormous challenges. He has taken office at a time when our world is changing rapidly on virtually every front. Along with important domestic issues such as education reform and solving the energy crisis (which is a manipulation of the oil cartel), Bush faces huge international policy decisions involving the environment, our future relationship with the United Nations and China, what role, if any, to play in the Middle East, and how to rejuvenate a sagging global economy, to name just a few. Some of these topics were discussed at the recent "Summit of the Americas" in Quebec. The good news is Bush appears to have several top advisors who seem to be strong constitutionalists, committed to defending our national sovereignty. An article released in The Boston Globe commented on Bush's new cabinet appointees.

Bush's top advisers...are known to be leery of the United Nations. National security adviser Condoleeza Rice has written that America is shy of using its military and economic power, and turns inappropriately to institutions like the United Nations for approval in ways that Rice believes subordinate the nation's interests to those of the international community.(1)

President Bush, himself, has said that "he wants UN bureaucracy to be trimmed and vowed that American solders will not serve under its command."(2)

The bad news is the President is also being advised by several pro UN globalists-chief among them, his father, who served as UN Ambassador from 1971 to 1973 and frequently speaks of the New World Order in a positive way. It was Bush senior who told his son to take Dick Cheney as his running mate.
The President also has to contend with globalists Donald Rumsfeld and Colin Powell (Defense Secretary and Secretary of State, respectively), who are close associates of his father and have held pro-UN positions in the past. Powell has been a regular at Mikhail Gorbachev's State of the World Forum meetings.

On April 19th, I had the opportunity of hearing George Bush, Sr. speak at a conference in Nashville, Tennessee. Along with promoting his Points of Light Foundation, he spoke very highly of Mikhail Gorbachev, with whom he had just spent the better part of a day. Bush Sr. considers Gorbachev to be a very close personal friend. What made this event special-and extra revealing-was the fact that Gorbachev was one of the other keynote speakers.

As usual, Gorbachev delivered a strong pro-UN, pro-world government message, calling for the strengthening of international law and promoting the UN Millennium Summit Declaration as a key document for the New World Order. He also advocated a UN military role in a proposed new common security program for Europe. Upon completion, Gorbachev received a prolonged applause from the crowd of 10,000. Particularly disturbing was the fact that most of those in attendance were "conservatives," many of them professing Christians.

The irony here is thick. Gorbachev and Bush Sr., as mentioned, are close friends pushing the same agenda. Yet, Gorbachev has been writing very pointed letters to George Jr, in essence telling him to get with the program, or else. His first letter, written on December 30th is quite direct.
In it, Gorbachev faults the President for dragging his feet on environmental proposals at the recent conference in The Hague. The fact that no decision was made, Gorbachev states, "is clearly an example of a failure of 'world governance.'"

Gorbachev's environmental program is intended to be the main vehicle for achieving UN empowerment. The core document of his agenda is the Earth Charter, viewed as the "Magna Carta" of the new world civilization. As the chief spokesperson on behalf of the Charter, Gorbachev hopes to get it ratified by the UN next year, after which he expects to move forward with the full implementation of global government. If the Bush administration doesn't cooperate in helping to empower the UN, Gorbachev has hinted that the new world order might be built around a united Europe instead.

More recently, Gorbachev participated in a second letter to the President which appeared in Time magazine on April 9th. In the letter President Bush is urged to join the growing global consensus and take action on the environment. In addition to Gorbachev, the letter is signed by Walter Cronkite, Jimmy Carter, George Soros and other notable celebrities.

Which way will George W. go? Will he bend to the wishes of his father and Mikhail Gorbachev, or will he follow the advice of more conservative, pro-Constitution advisors? Either he has a hidden agenda and is playing with our minds, or he is genuinely trying to make a break from his father's worldview. If Bush does turn out to be a "braveheart" he will experience a formidable uphill battle with unprecedented opposition from the global establishment.

Along with facing monumental political decisions, the President has to chart the spiritual course for his administration - not an easy task in a post-Christian, interfaith society. After trumpeting the advantages of faith-based community/education programs during his election campaign, he has been forced to put this agenda on hold, at least temporarily. A number of Christian leaders have rightfully voiced their opposition to tax-payer supported programs that would give money to, and be carried out by, groups representing various world religions.

We have yet to see exactly how loyal Bush will be to Christian values and principles. Some of the signs thus far have not been promising. For example, a few weeks ago, the Indianapolis Baptist Temple became the first Christian church in US history to have its property and assets seized by the federal government (over tax issues and differences in interpreting the US Constitution). Although the decision to dismantle this church was made by the Clinton administration, President Bush and/or Attorney General Ashcroft could have intervened, but chose not to.

In order to move this nation in a solid, biblical direction, our new president is going to need incredible discernment. However, discernment alone will not make the difference. He will need to have the boldness to act on his discernment against great odds. For this reason I am calling on Christians in this country and around the world to fervently pray that the President would sincerely humble himself before the Lord and commit to do His will. If he puts his complete trust in Jesus Christ, he could be used mightily to push back the forces of evil. If he does not yield to God's will, our days of relative freedom could be numbered! May God grant him the strength and courage to be obedient!

Gary Kah is author of The New World Religion and En Route To Global Occupation.

Eye on Prophecy is a resource that examines the events of our time in light of Bible prophecy. The web site has news feeds from a variety of global sources. 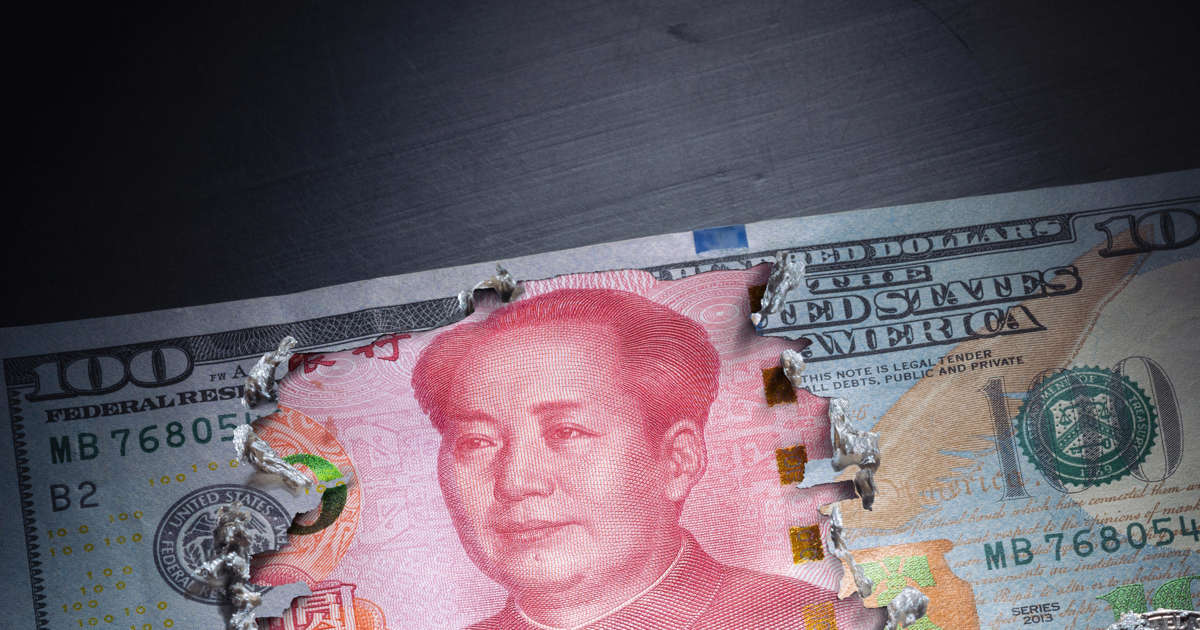 For the first time ever, they yuan is part of Israel's central bank reserves, and its allocation for US dollars has been cut.

The Trump administration spent months banning Kaspersky from government systems and warning numerous companies to not use the software in 2017 and 2018.

Coming Soon.
A newsletter is in the planning stage about Bible Prophecy in relation to the current news and news from the past.

Also articles about our blessed hope in Jesus and discernment for the church today.

You can email us below at:
eyecontact@eyeonprophecy.com.